What is Distributed Governance?

Distributed governance is the specification of principles and methods which enable scalable coordination for forming consensus and to legitimate decisions. In such systems, all participants are treated equally without the presence of a central actor of hierarchy. They are scalable, so efficiency is not reduced but steady or increased by an increasing number of participants.

Challenge is how to maintain and implement changes in such an organization. As there’s no direct decision maker to manage and allocate resources, management in such structures is done through the process of signaling, proposing and distributed decision making.

The governance itself consists of signaling, proposing, review and acceptance.

Examples of things to be governed:

I believe governance should be the primary focus of investors in the space – Fred Ehrsam, Co-founder Coinbase

The current world dynamics can be described with the acronym VUCA: Volatility, Uncertainty, Complexity, and Ambiguity. So the rigid knowledge or established management practices don’t help to keep up with the fast-moving world. The distribution of governance support faster learning, experiments and while can be suboptimal at some intervals, helps to evolve in the long run. Also eliminating single points of failure, so if the central node is taken out or corrupted, the organization finds ways to restore the direction.

This is mostly connected with the decreased cost of financial (and other) intermediation. E.g. Bitcoin helped to eliminate costs and delays in the transfers, taking out the banks out of the system. But besides financial factors, the current management system can be too expensive. Usually a decision needs to pass many levels of the hierarchy, meanwhile, the opportunity window can be lost or the cost of that decision can exceed its value.

Driven by the Purpose

If the organization is clear in its goals and open to participation it can organically attract people and resources motivated by the end goal. It usually results in stakeholder communities, where people solve own problems. Motivation and stake here are much bigger than in the typical hiring places of work. Thus participation in the governance is requested, not avoided.

The Tyranny of Structurelessness

Most of the networks are initialized under some leadership of a person or a small group. After a while, the influence spreads, but still, the group of long-lasting or most connected members is informally directing important decisions. Which usually works fine, but rarely is transparent who those people are and how decisions are made. Thus newcomers or minorities have hard times in understanding their role and opportunities to make changes, that often result in participation churn. Here’s how the initial thesis was stated by Jo Freeman, regarding the power relations within radical feminist collectives in the 60s.

This apparent lack of structure too often disguised an informal, unacknowledged and unaccountable leadership that was all the more pernicious because its very existence was denied. – Jo Freeman

Thus finding the ways to discover and clarify existent structures, fetch out the existing policies and rules, especially when they are not aligned with the proclaimed values, is supporting the decentralization more than harming it.

In economics, the free-rider problem occurs when those who benefit from resources, public goods, or services do not pay for them, which results in an underprovision of those goods or services. – Cornes, Richard; Sandler, Todd (1986). The Theory of Externalities, Public Goods and Club Goods.

The free-rider problem is not only connected with the lack of financial gains for low-stake participants. Attention, care, support, and labor are usually even more important and can’t be easily incentivized. This results in low motivation toward things like voting. Moving power from regular users to the engaged groups, that can have misaligned interests. And so defeating the purpose of power distribution.

The difficulty of Setting Formalised Rules

It can be either the rules that lack enforcements (employees must wash hands). Or difficulty to legitimize without the central organ, especially against a powerful lobby. Ability to have caveats adds freedom, and taking this out maybe not supported even among the value keepers. Thus the efforts to resolve the structurelessness problem may be too hard to carry.

Criticism of the rules lies in the ability to game them. Even if most users would follow them, the knowledge that bad actors can legitimately violate their purpose feels sour. And thus such rules can be kept for long in discussion. This goes even harder with the smart contracts, where there’s no trusted facility to resolve disputes.

Centralization emerged as the main motive and driver for the latest economy and social development. The benefits of the economy of scale and order are deeply valued. Still, it’s potential is still not fully exhausted. So proponents of this dominating ideology go against the anti-pattern, seeing it as a way to chaos.

Building a system on the outlying principles will not only run into the misunderstanding. But also can face a real confrontation from the existing juridical system and public opinion. The challenges here is not in destroying the existing system, but in educating and integrating current state with the future vision.

As a summary, distributed governance is an evolution proposal and experiment. Forward-thinking parties start to try it out with some success. Though there’s not a lot of well-known and clear results that can be taken into comparison with many long-living centralized systems.

Only research and experiment in this sphere and only after some time can move the global perspective to adopt distributed governance. Clearly, this will produce mistakes and criticism, but it’s a natural way to learn. 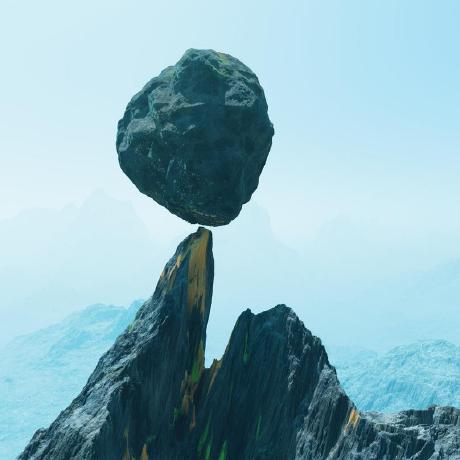